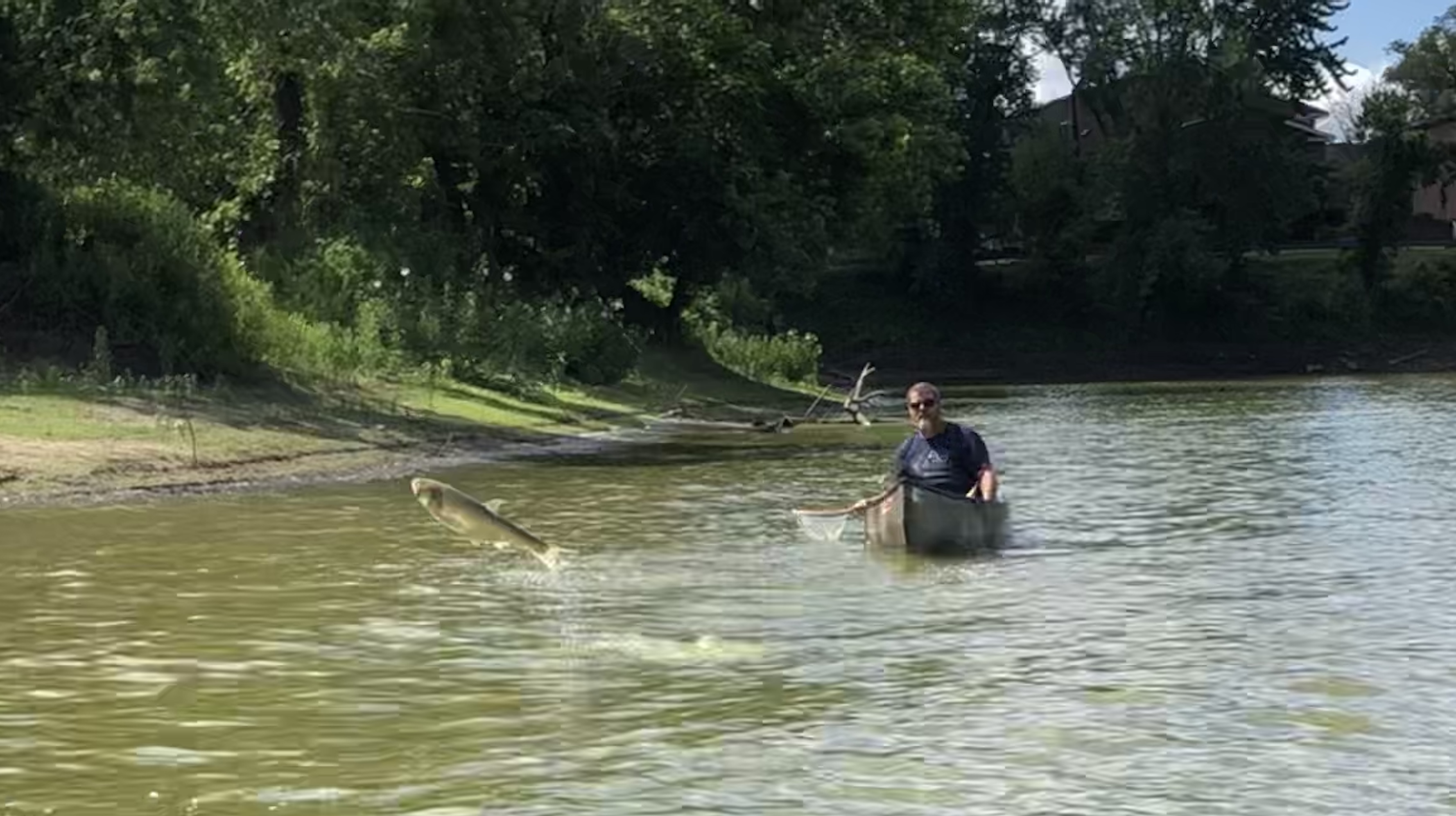 LANSING, Mich. (Sept. 2, 2020) – A coalition of conservation groups are praising the Michigan Legislature’s restoration of $8 million to help keep Asian carp out of the Great Lakes through a U.S. Army Corps of Engineers plan to rebuild the Brandon Road Lock and Dam in Illinois. Today the Senate approved supplemental funding to appropriate $8 million to the Department of Natural Resources for Michigan’s contribution to the project.

“This funding is critical to help advance the Brandon Road project forward to keep invasive Asian carp out of our Great Lakes and their connected waters. Asian carp have devastated the fisheries of the Mississippi River basin, impacting outdoor recreation and tourism economies, the biodiversity of the waters, and private property values. If they invade the Great Lakes, they would adversely impact the natural resources that Michiganders are rediscovering as a haven from the COVID-19 pandemic to recreate responsibly and which helped buoy state revenue. We thank the Michigan Legislature for restoring this investment in our fisheries, economy, and way of life.  We strongly encourage Gov. Whitmer to sign it immediately.”

Restoring the $8 million will help cover the roughly $10 million non-federal cost-share for the State of Illinois on the preconstruction engineering and design phase of the Brandon Road project. Former Michigan Gov. Rick Snyder initially pledged the funds during his administration but Gov. Gretchen Whitmer vetoed the appropriation earlier this year amid expected budget shortfalls due to COVID-19. However, the budget shortfall due to COVID-19 was lower than originally predicted due to tax revenue, consumer spending, and federal relief.

Much of the consumer spending that helped make the budget shortfall less than expected was the increased sales of outdoor recreation equipment like kayaks, canoes, and fishing tackle.  Due to the COVID-19 pandemic, Michiganders flocked to lakes, rivers, beaches, forests, trails, and campgrounds as a way to get out of the house while maintaining social distancing. If Asian carp were to invade the Great Lakes, the fishing, boating, paddling, and other water-based activities which supports this increase in consumer spending will be dramatically impacted. In Michigan alone, fishing is estimated to generate $2.3 billion annually according to a 2019 Michigan United Conservation Clubs report.

The Brandon Road Lock and Dam is located near Joliet, Illinois, on the Illinois and Des Plaines River. The project is a win-win in that it includes a gauntlet of smart technologies including an electric barrier, a water bubble barrier, acoustic sound deterrents, and a flushing lock aimed at reducing the risk that Asian carp can transfer into Lake Michigan. In addition, the project will simultaneously allow navigation to be maintained through the Chicago Area Waterway System.

Congress has advanced legislation to authorize and fund the Brandon Road Lock and Dam project in water infrastructure legislation moving in both the House and Senate.  The State of Illinois must also sign a preconstruction engineering and design agreement with the U.S. Army Corps of Engineers before construction of the full project can begin.  With the Michigan Legislature approval of the $8 million to cover the non-federal cost for the state of Illinois, we are one step closer to finalizing the Brandon Road Lock and Dam project.