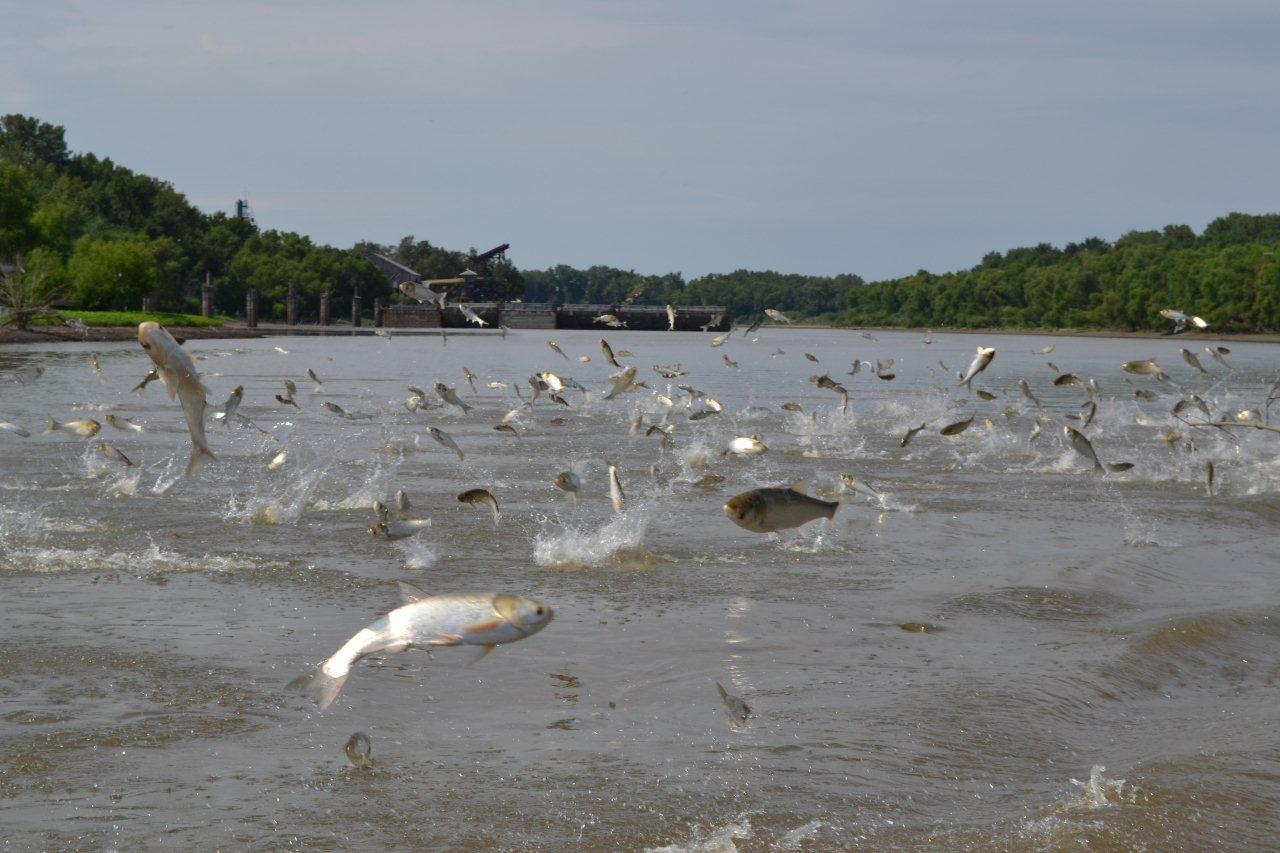 Op-Ed: Time’s running out from stopping Asian carp from invading our Great Lakes

This op-ed by Gildo Tori, Dan Eichinger, Marc Smith and Taylor Ridderbusch originally appeared in the Chicago Sun-Times on October 15, 2018.

In the Great Lakes region, there is no greater threat to our fisheries and wetland habitats than the four species of invasive fish collectively called Asian carp: silver, bighead, grass and black carp.

As Asian carp have moved up the Mississippi and Illinois rivers, they have done harm to native fisheries, injured boaters and harmed businesses dependent on river fisheries and tourism. If they reach the Great Lakes, they will do harm to Chicago’s lakeshore and riverfront before moving up Lake Michigan to impact the Great Lakes’ $7 billion-a-year sport-fishery industry.

Moreover, these invasive fish will certainly threaten the livelihoods of lakeshore communities up and down the Michigan and Wisconsin coasts where many Chicagoans vacation.

We know what it will take to help stop Asian carp from reaching the doorstep of the Great Lakes. For more than a decade, we have been advocating for stronger structural protections to keep them out of Lake Michigan. And while we delay, Asian carp continue to swim closer to Lake Michigan.

During a six-month delay last year in the release of an Army Corps of Engineers’ draft plan to stop the fish in the Des Plaines River at Brandon Road — approximately 40 miles from Lake Michigan — a live silver carp was found just nine miles from Lake Michigan. It was found upstream of a series of electric dispersal barriers designed to prevent the transfer of aquatic invasive species between the Mississippi River and Great Lakes watersheds.

Electric barriers alone are not enough to stop Asian carp.

Once the plan finally was released, it was supported by just about everyone, except the shipping industry. More than 50 sportsmen’s and conservation groups, including ours, signed a letter in support of the plan, which proposes the use of multiple fish deterrent technologies housed within an engineered channel and a flushing lock.

Additionally, Michigan and several other Great Lake states and Canadian provinces have offered to pay the lion’s share of the non-federal costs through a cost-share plan based on miles of Great Lakes coastline.

We were encouraged when the Army Corps of Engineers announced this summer that they expect a final draft report to be released this October for public comment, and that a final report — needed for Congress to authorize and fund the project — could be submitted to Congress in February 2019, when Congress has demanded it.

This is important because, even on this timeline, the project will not be complete until 2025 while the Asian carp front remains only 46 river miles from Lake Michigan.

However, we are now well into October without a draft and we hear that it may not be released until after the November elections. This after the original six-month delay in the release of the draft plan and a decade of inaction.

More delay is woefully out of step with Illinois voters. In a recent poll, 94 percent of Illinois respondents agreed with the Army Corps of Engineers recommendation to add additional protections against Asian carp in the state.

We cannot afford further delays. Continued non-structural management actions will hold Asian carp at bay for only so long. If we let Asian carp get into the Great Lakes on our watch, we will have failed current and future generations.